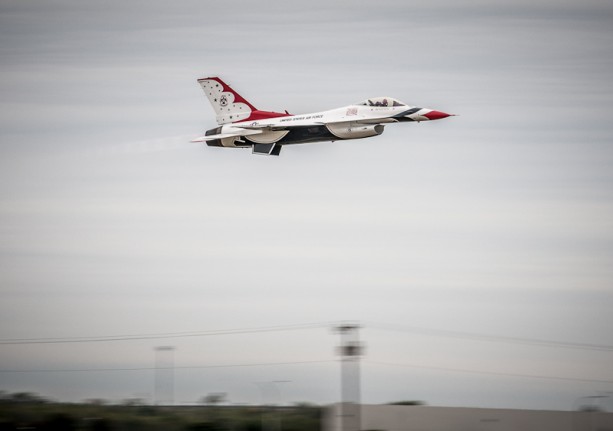 I have to say that this year was better than last year because last year, the day I had tickets for, it rained and the show was cancelled. But this year it was just cold (50ish) and cloudy and at least the air show went on! 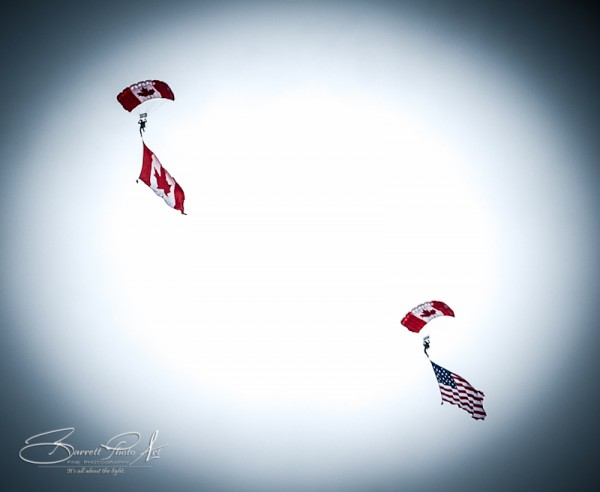 The Canadian Skyhawks opened the show with the national anthems from both countries. It was quite inspiring. 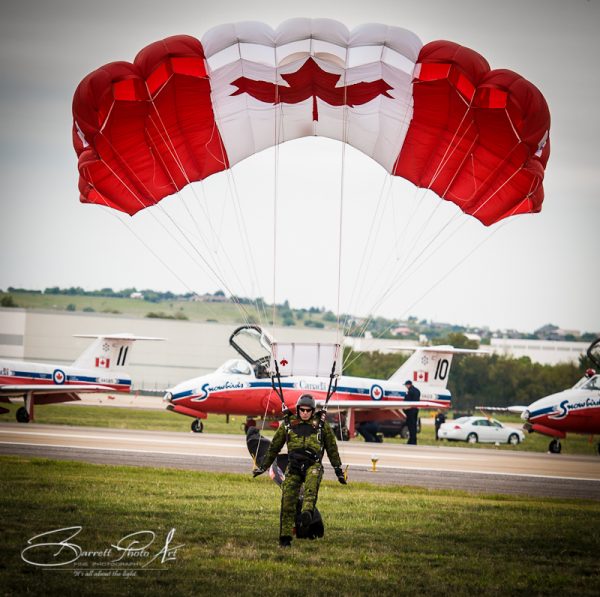 I have to say I wish it were a little sunnier as this is the first time I’ve tried to shoot pictures in cloudy conditions. Though I did arrive very early for the photographer tour and obtained some nice early morning shots – I’m still learning and when a shot comes out sometimes I’m thrilled at the discovery. 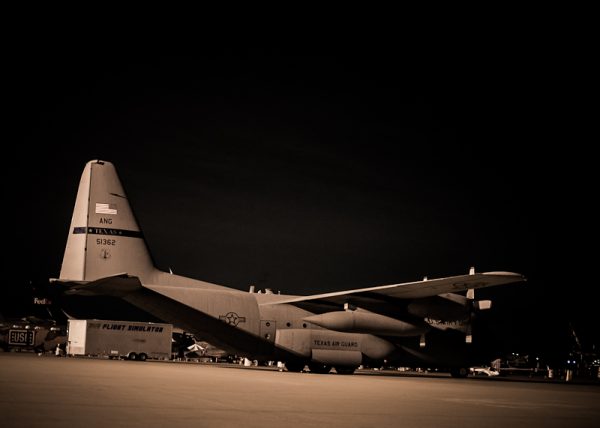 I was pretty excited to see that this year there was a C-5A Galaxy. This is one VERY large aircraft.  I was excited to be on a photo tour and was able to get some shots without a crowd around. 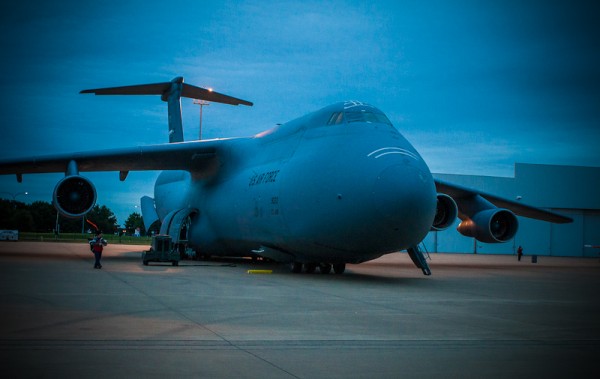 A group of us photographers wandered up to the cockpit and got a great view of the flightline, however, upon returning to the ground level security was there to ensure we deleted any and all photographs that may have been taken in the cockpit area. I understand – but wish I could have kept the shot of just the steering column with the Galaxy logo on it. 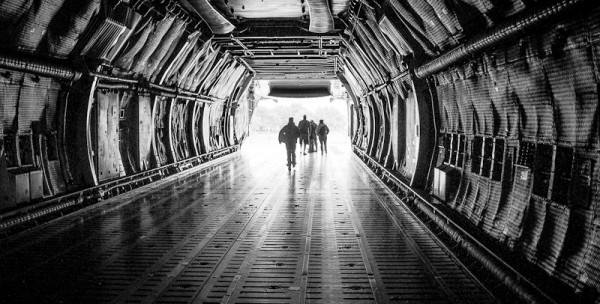 Watching the pre-show preparations was pretty interesting as well.  Shortly after the “cockpit incident” we watched as the pilots went upstairs – I was thinking they were going up there to make sure we hadn’t touched anything but actually they were getting the aircraft ready for visitors.  In that I mean they fired up the APUs (Auxilliary Power Unit) and opened up the nose and lowered the front ramp. 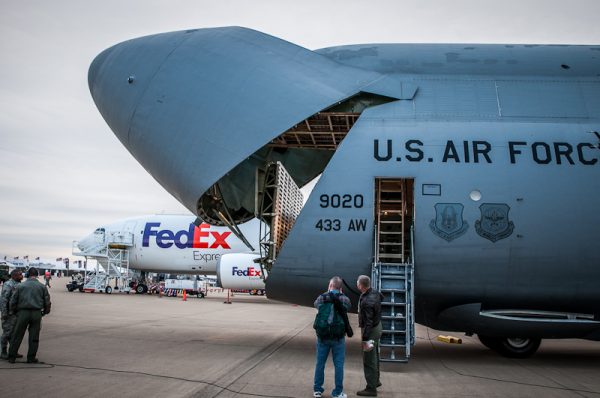 Adds new meaning to the term “DRIVE  THROUGH” 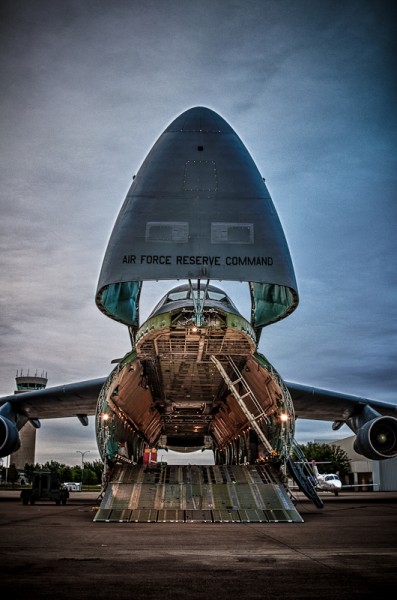 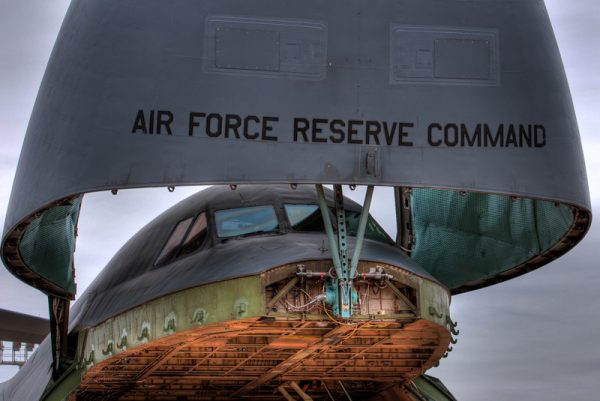 I have always loved airshows.  Being a military brat my dad was stationed at Randolph A.F.B. Texas and yes, there were airshows! I have to say that I had forgotten how “Gruelling” they could be.  There was ALOT of walking and I found I believe I may be a little out of shape — but it was worth every minute of it.

I don’t think I can go in to everything here – and this will be a long one – because there is so very, very much to see and do.   Airshows have everything for anyone considering a career or hobby or anything aviation related.  They had everything from vintage WWII aircraft – general (civilian) aviation aircraft – Commercial Aviation (such as Fed Ex and American Airlines) – Simulators, Military recruitors,  Sailplanes, Ultra lights, and I could go on and on.<P> 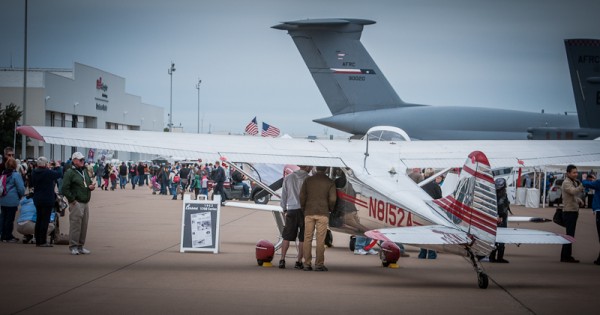 There is really no better place to be and be able to get up close and personal with aviation.  Not to mention all of the heart stopping thrilling action of the performers.  For instance TORA! TORA! TORA!. 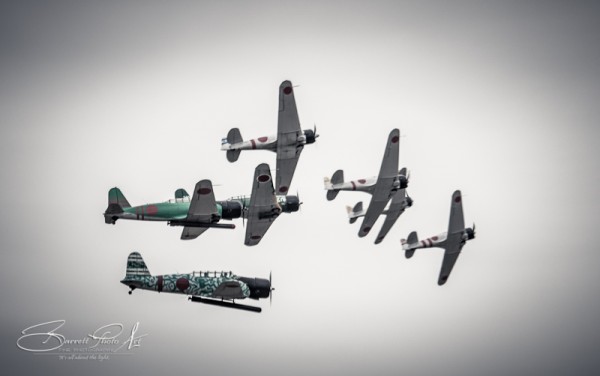 The sound of aircraft.  Some thought it funny that there would be flying on a Sunday and thought nothing of it until they looked up and saw that the aircraft did not look familiar.  They were foreign. And then the explosions from the harbor. 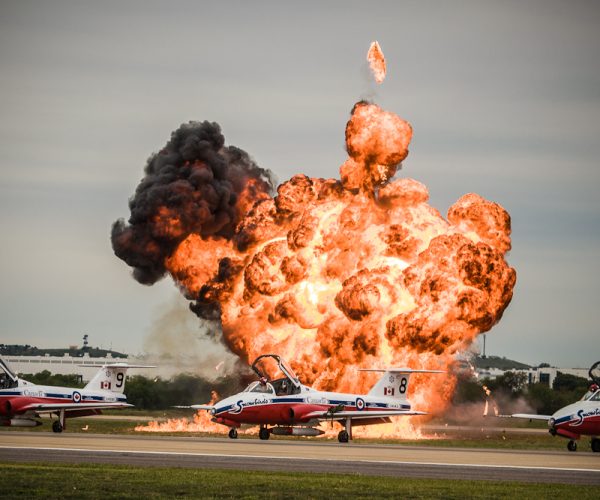 (The Canadian Snowbirds were not in Hawaii at the time, so please bare with me)

The announcer takes you thru what it must have been like to be at Pearl Harbor that day.   Yes, you could watch a documentary on TV – but here you can hear the sounds of authentic Japanese aircraft – the sound of explosions – the smell of smoke – the noise.  Travel back in time and understand that for over 3 hours the attack went on. 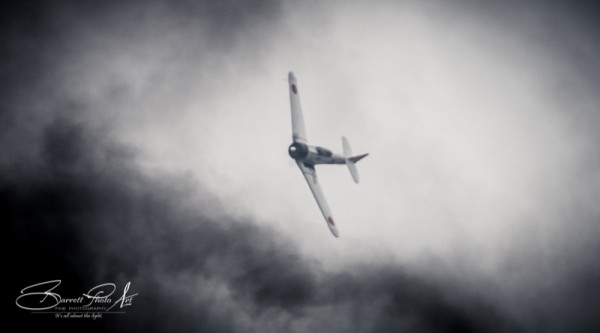 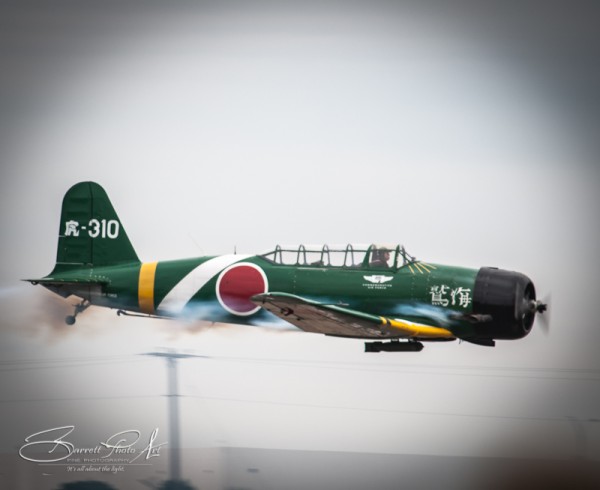 I have to say that listening to the sounds – complete with pyrotechnics, explosions, planes flying and diving all around. It makes you stop and think what we went through that day.

Now on to the Canadian Snowbirds – this was the first time I had seen them perform and I love it. Nine aircraft precision flying and I have to say from a photographers standpoint – they let you hear the pilot calls while they are performing so you can pretty much gauge when they are going to cross in front of you on those opposing fly-bys. When they pilot called “ready – now” I started shooting – and bingo! I got them both in the same frame. I was so happy! 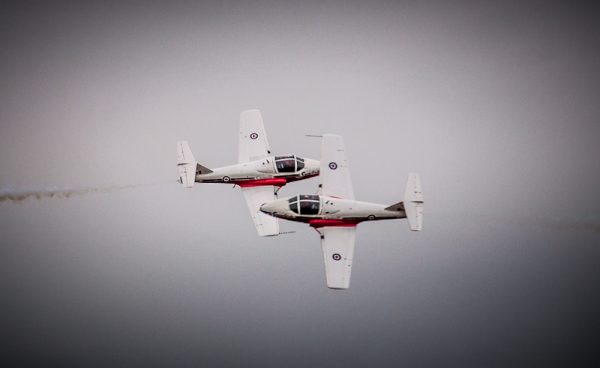 You really have to think fast coming at each other at that rate of speed. 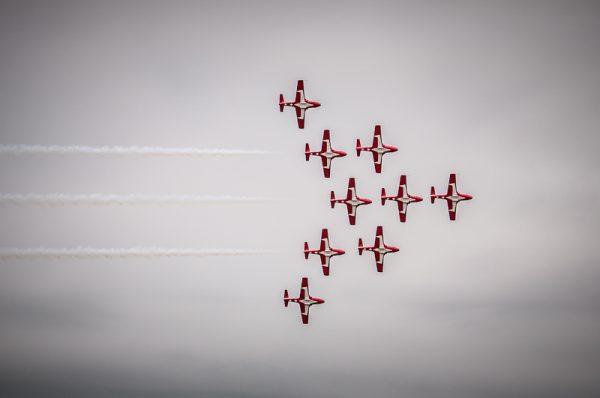 There was so much to see and enjoy at the airshow.   It is an all day affair but truly worth it.  I think I’ll make a Flickr album and post alot of the pictures there and place a link to them.  I took over 800 shots.

I really wanted to see the U.S. Air Force Thunderbirds.  I’ve been a fan for most of my life starting from the time they flew over our house in Colorado Springs.  At that time they were flying F-100D super sabers.  They were awesome.  I’ve seen them in F-84’s, F-4 phantoms,  and then to save fuel they went to T-38 talons –  and now they are flying the awesome F-16. 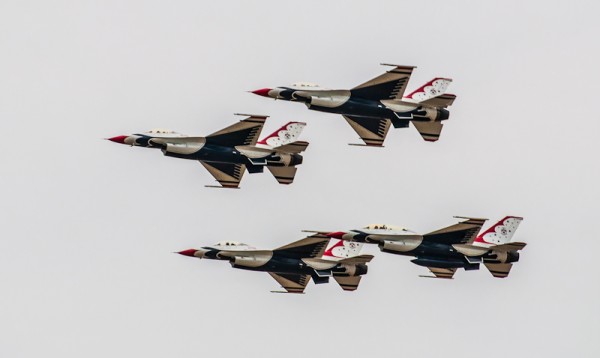 They put on an awesome show – I only wish the weather was a little better from a photography standpoint. 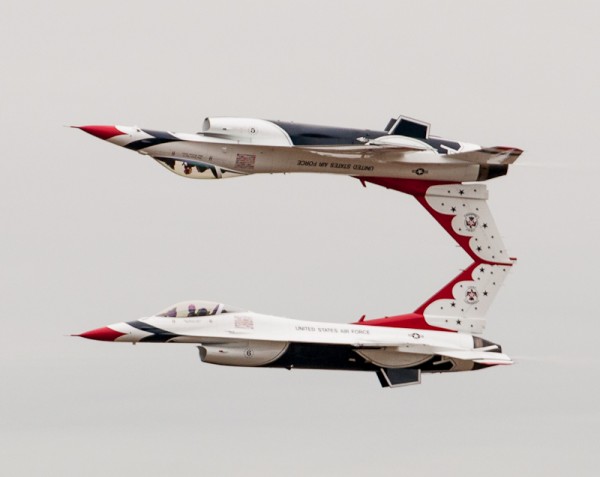 I’m going to post a few more shots from the show – I hope you enjoyed this longer post.  If you ever get a chance to go see an airshow GO. 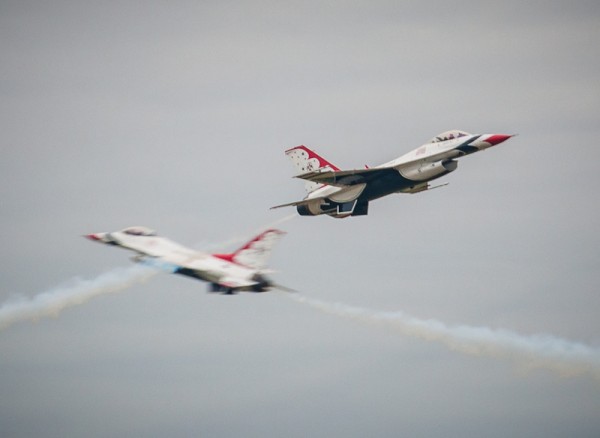 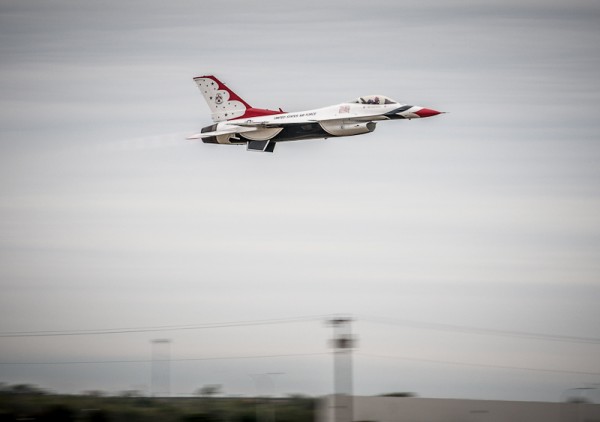 More shots from around the show: 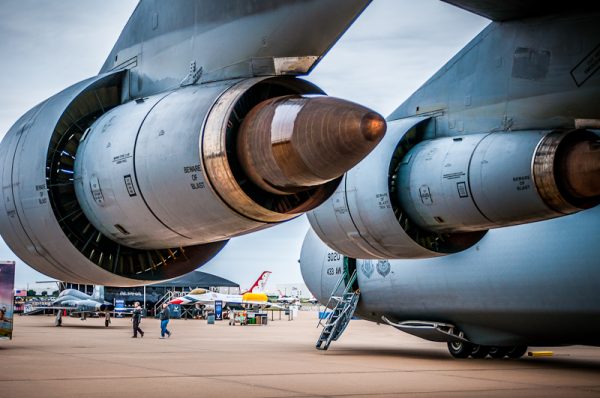 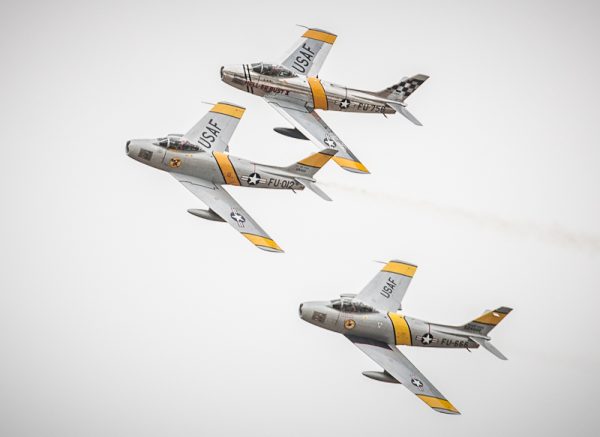 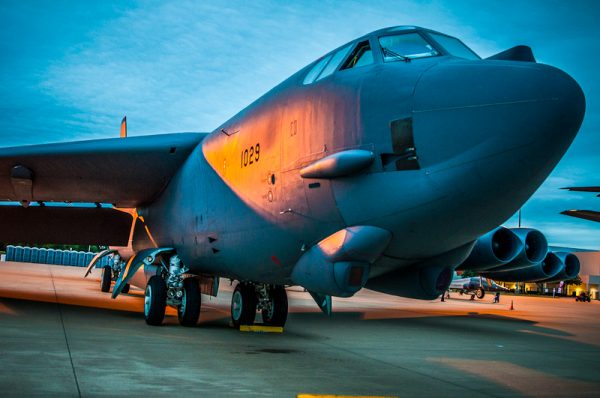 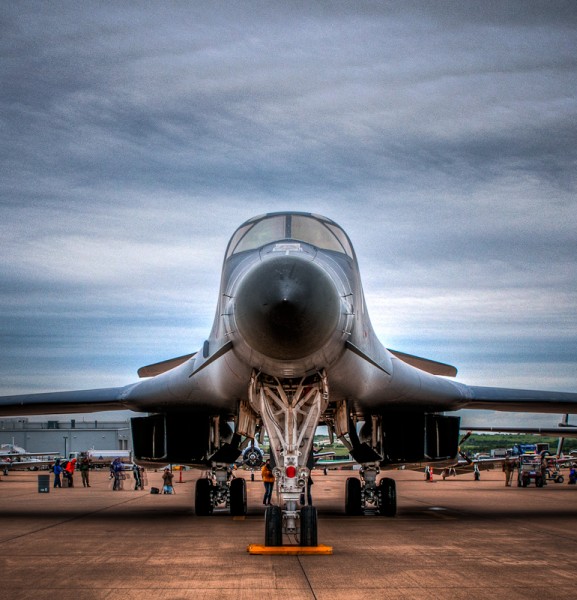 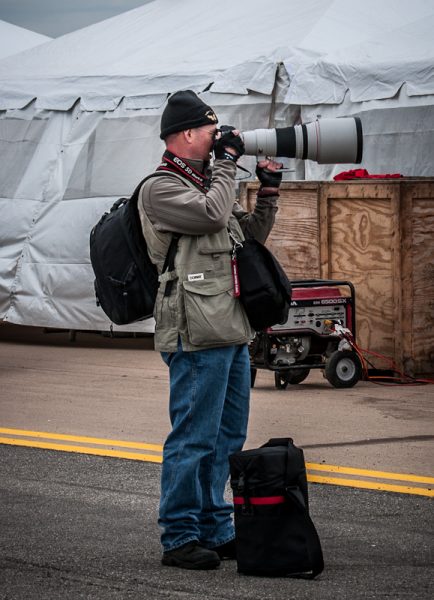 I’m Saving For One of These… 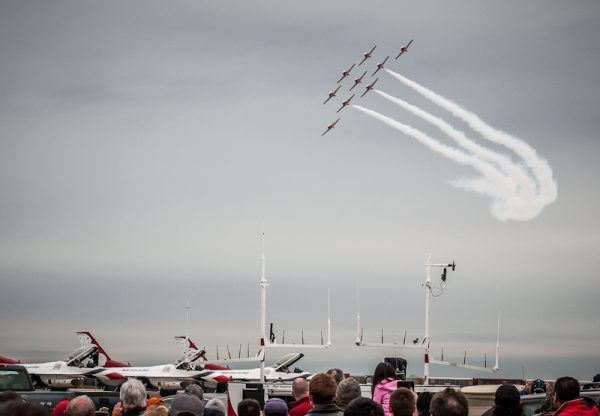 One More of the Awesome Canadian Snowbirds

Well, as always thank you for stopping by – I wish I could upload more pictures but I’m going to make an album on Flikr and then put a link in this post for it with the rest of the air show.

Air Show tips:  drink lots of water — bring a portable chair, sunscreen (gonna be a great day) – comfortable shoes (I brought extra socks),  if you’re in to photography bring the charger, extra memory cards and batteries – also I brought a small poncho in case it did rain then my camera wouldn’t suffer, LOL.

Thank you again, God Bless You.

UPDATE:  As promised here is the link to 200 more images from the air show: Click here for more images of the 2012 Fort Worth Alliance Air Show

Check out the V7 Network! 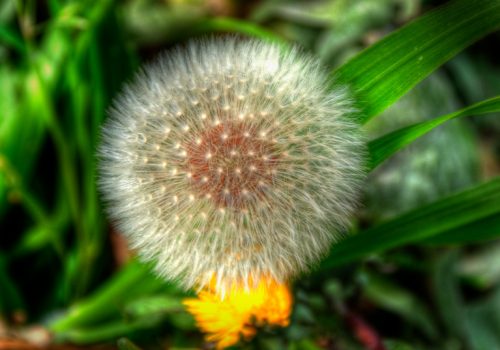 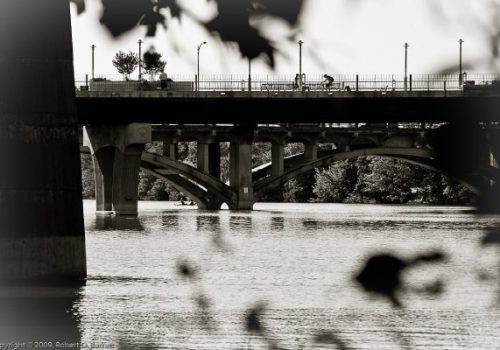 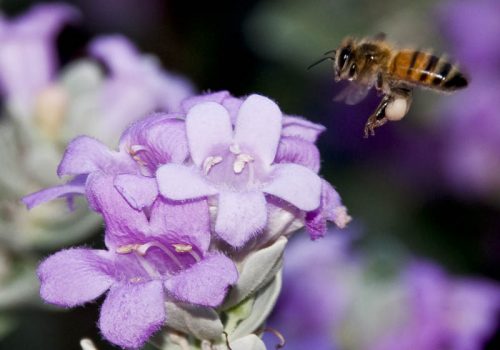