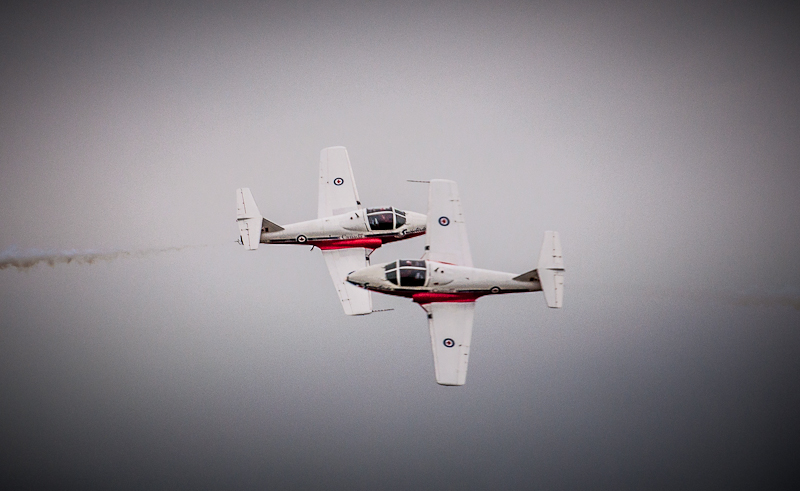 I had a great time at the Fort Worth Alliance Air Show in Fort Worth on Sunday, October 23, 2011. Unfortunately the show was rained out due to overnight rains washing out the overflow parking areas. I totally understand the difficult decision that was made to cancel the show in the interest of safety. I’m happy that I was able to view some of the static displays and photograph some of the aircraft departing.

It all started for me at 6:45a.m. in the fog as the rain was creeping out of the area. I loved the way the tower looked there in the fog while I was waiting for the gate to open for the photo tour. 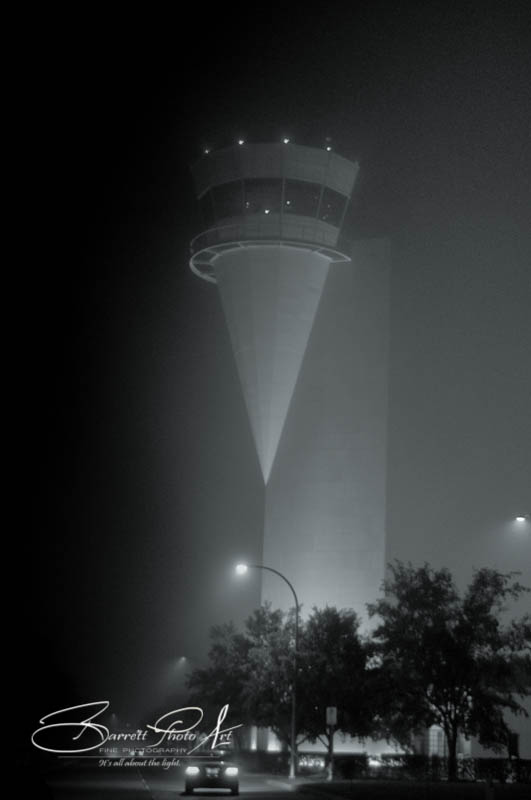 The gates opened and we were able to park in the lot designated for the photo tour folks. It was grassy and very muddy – hence is why I understand they cancelled because folks could slide around and get stuck possibly hurting themselves not to mention hitting other cars. It all worked out in the end – no injuries – a couple of vehicles were pulled or pushed out.

Anyway – I was able to walk around photograph some of the displays: 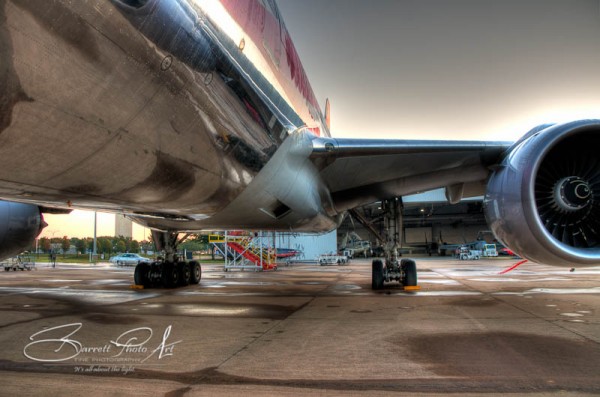 The Thunderbirds were parked on the ramp – though I was so disappointed that they wouldn’t be flying that day. 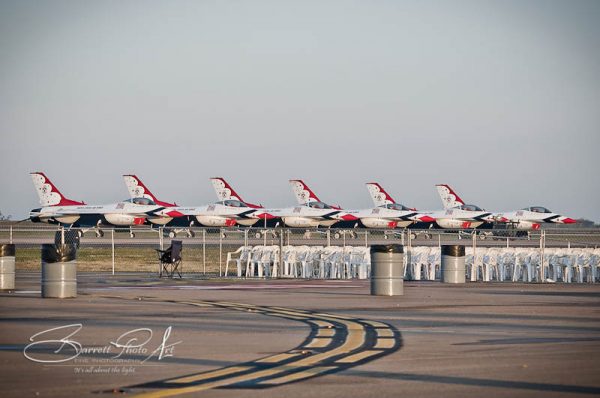 One of the awesome things that happened that day was a security policeman racing an F-16 departing back to Oklahoma – (The F-16 won of course, but the four wheeler did a great job) 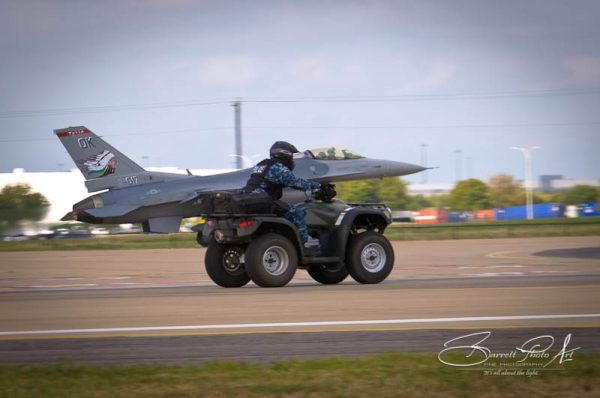 Though the Thunderbirds did not fly there was an older version of a Thunderbird (privately owned I believe) that made a few passes and made for some wonderful photographs. 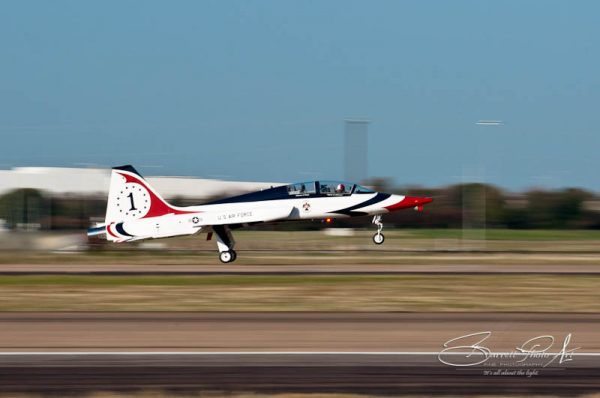 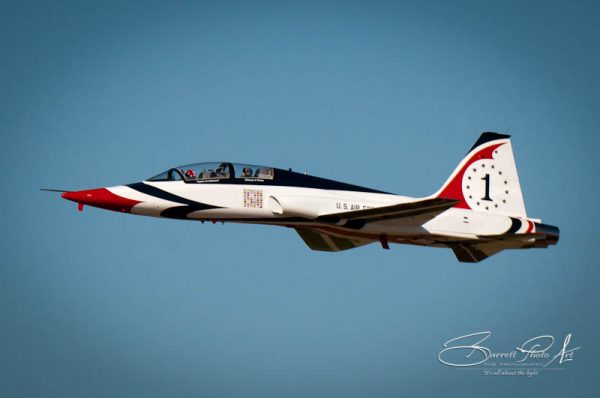 For the most part the rest of the short day was watching departures and the Thunderbirds being towed over to another parking area for a later departure. If you love aircraft then it was a day well spent – then the 3 hour drive back to Georgetown for some much needed sleep. Here a few more shots for your enjoyment. 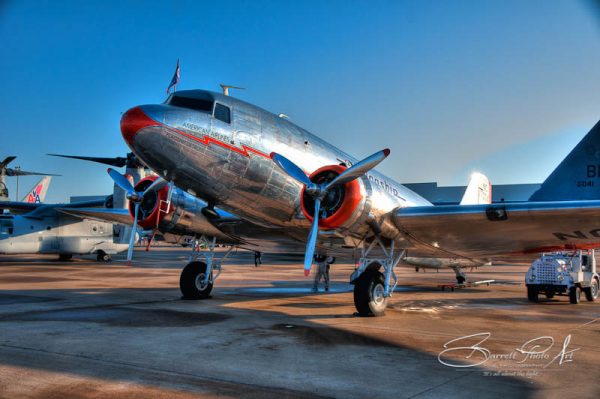 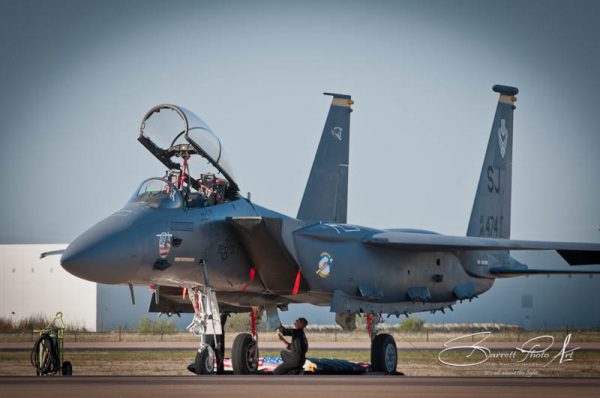 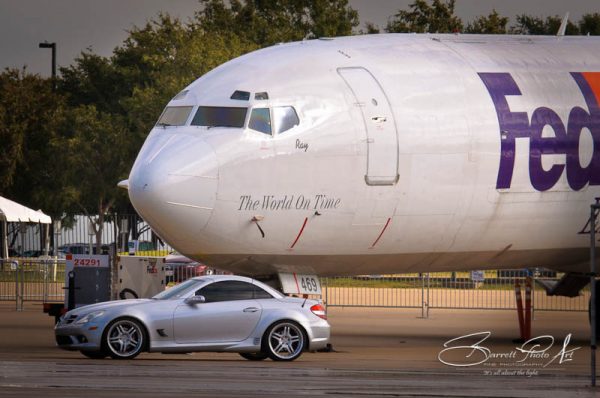 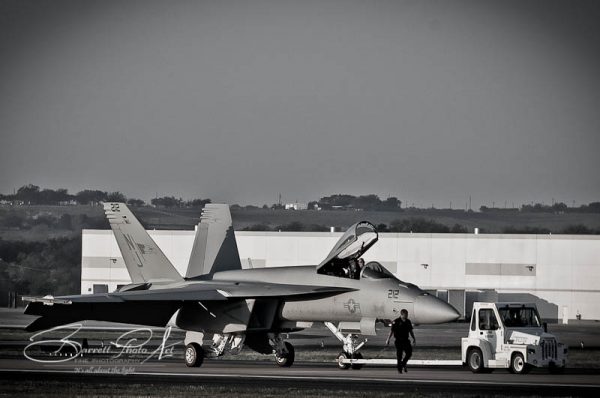 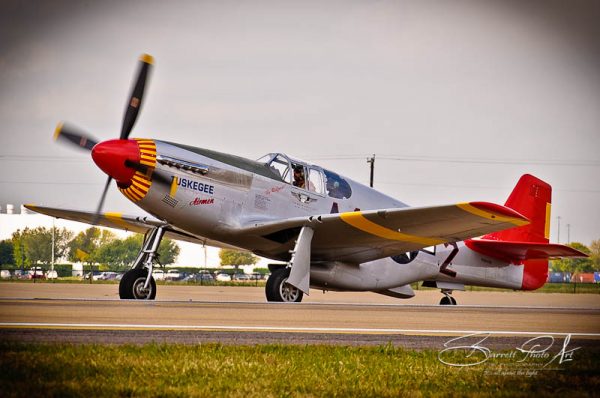 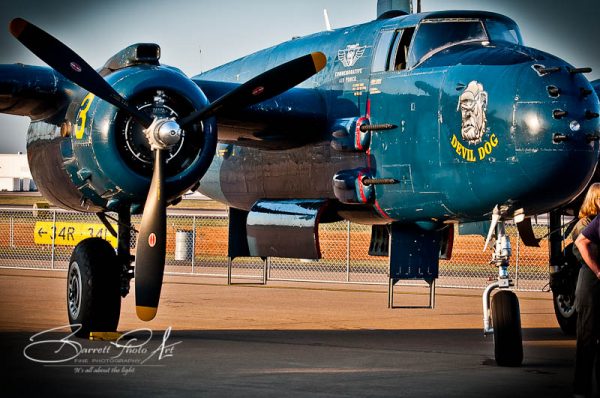 I just wanted to thank the Marines, who after watching us photographers without a show took the time to give us a couple of passes and a wing-waggle in that awesome V-22 Osprey. It was VERY much appreciated! 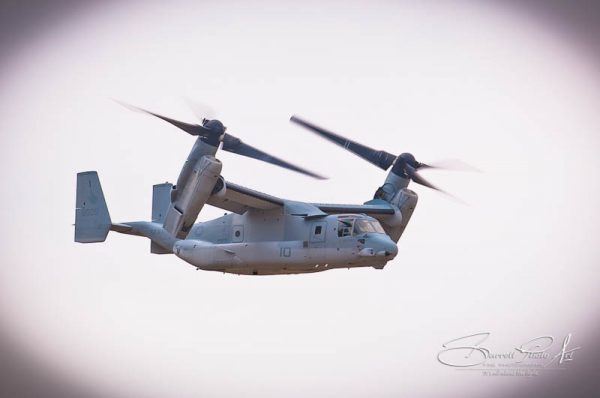 God Bless our troops and men and women in uniform around the world. Also the wonderful people at the Alliance Air Show that do their very best to put on a great day of adventure.

Check out the V7 Network! 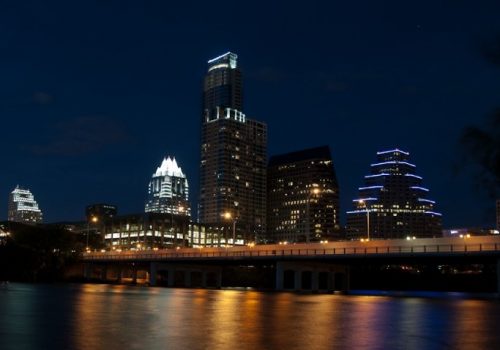 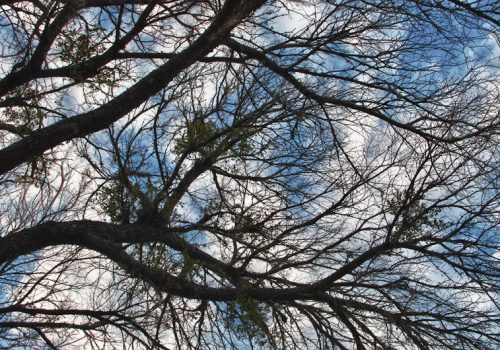 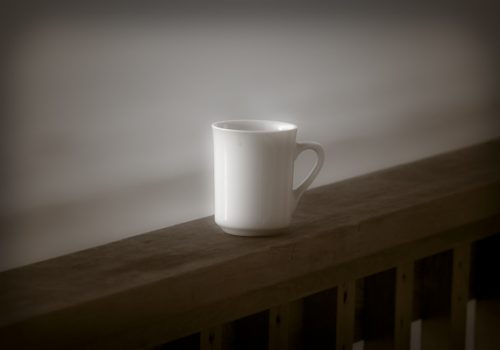